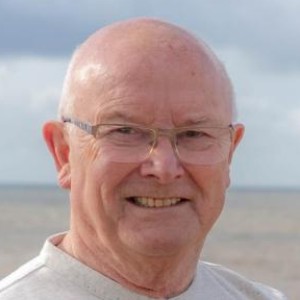 This was the heading in the Oncology Journal, please excuse the somewhat clinical report but it’s not mine; it’s an abstract taken from the report/paper from Lorenzo Cohen PhD and his colleagues in an article for the journal Cancer.

The ancient mind-body practice of Qigong may help relieve depressive symptoms and enhance quality of life among women undergoing radiotherapy for breast cancer.

Please read my thoughts on this report at the bottom of the page.

“Mind-body practices appear to improve quality of life in cancer survivors, explained Lorenzo Cohen, PhD, of The University of Texas MD Anderson Cancer Center in Houston, Texas, and colleagues. However, they pointed out, little is known about the benefits of such activities for persons undergoing radiotherapy.

Working with associates in Shanghai, China, where the study patients were located, Cohen’s group randomized 49 women with breast cancer to a modified version of Chinese medical Qigong consisting of synchronizing one’s breath with various exercises. These women attended five weekly, 40-minute classes during their 5-to-6-week course of radiotherapy. An additional 47 women with breast cancer were assigned to a wait-list control group and received the standard of care.

Women in the Qigong group who had elevated depressive symptoms at the start of radiotherapy particularly benefited from the intervention, reporting clinically significant degrees of less fatigue and better overall quality of life than the controls. Women with low levels of depressive symptoms at the start of radiotherapy had good quality of life throughout treatment and 3 months later regardless of whether they were in the Qigong group or the control group.

No significant differences between groups emerged for two other outcomes measured: sleep disturbance and cortisol slopes.

The fact that the benefits of Qigong were largely observed after treatment ended may indicate that the practice prevents a delayed symptom burden or speeds the recovery process, particularly for women with high levels of depressive symptoms at the start of radiotherapy.”

This is a least a start to recognise that energy therapy is worth investigating by the main stream medical profession.  The highlighted bits by me point out the reticence of the doctors to say it’s a really useful tool for the health and well being of the woman concerned.

My main observation is that the sample groups are too small and there needs to be a larger sample programme over an extended period of time.  It would also appear to indicate that the emotional (depression) level of the group was a key factor to the findings.

There is an Hypothesis that Breast Cancer has an emotional root.

I’d love to hear your thoughts in the comments below.

And be the first to hear about my latest posts

To your very good health,

Get Your Free Video

How To Relieve Hot Flushes

How To Lessen Irritability and Frustration

How To Boost Your Memory

How to Treat Knee Pain

Stress is stored in the body

From my experience, the stress related emotional problems fall into several categories depending on the individual and their experiences.  Post traumatic stress disorder (PTSD) is

Bras and Cancer – Is There a Connection?

There now appears to be a correlation with the  length of time you wear a Bra and cancer. Research from America (US) has indicated that

This is a really interesting shift in thinking; forgive me for it not being my thoughts or findings. It’s a copy of an article in

EXPERIENCE THE POWER
OF SOUND HEALING

Ready to take back your vibrant health?

In this FREE video training, let me teach you 11 simple strategies to raise your healing vibration in just a few minutes a day!